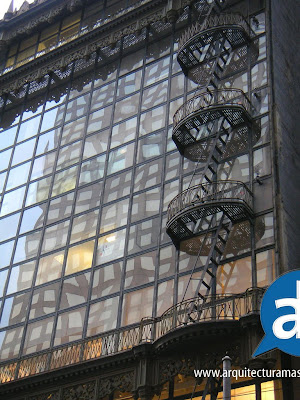 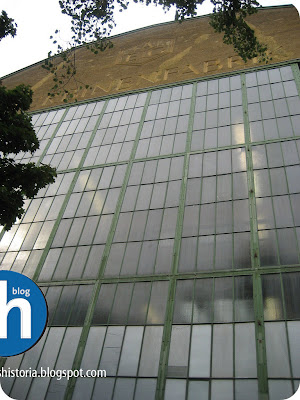 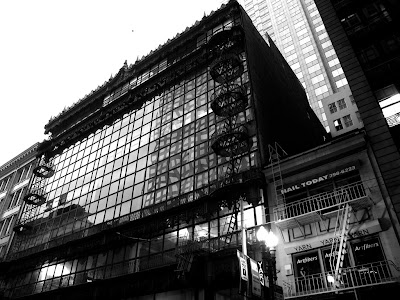 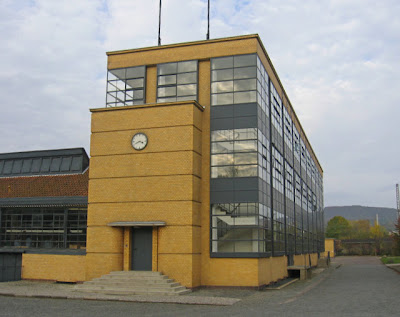 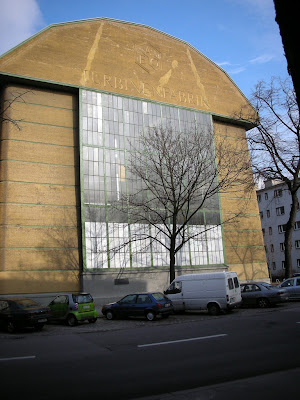 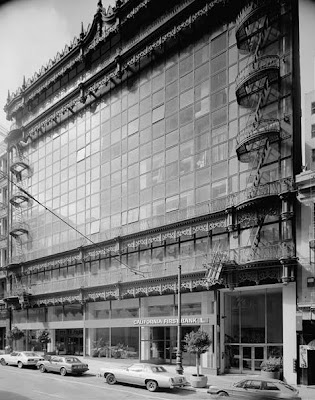 The first application of a pure curtain wall to any building in America came six years after the completion of Peter Behrens´s Turbinen Factory in Berlin with its flanking glass walls. The other European precedent was the curtain wall membrane to the main administration block in the Gropius and Meyer´s Fagus Complex, completed at Alfeld-an-Leine between 1911 and 1913. While Polk had visited Europe soon after the completion of the Fagus-Werk it is unlikely that he was familiar with either of these precedents. One of other reason for the Hallidie Building may have been Polk´s decision to break with the heavyweight Richardsonian manner, that Neo-Romanesque stylw which Polk once described as “Titanic inebriation in sandstone.” After 1893 Polk was in any event under the influence of Burnham´s highly successful Beaux-Arts Columbian Exposition staged in Chicago in that year.
All the same, this in itself in no way accounts for a structure of such extraordinary precision and lightness. Such a work was hardly to be expected from Polk, given his highly eclectic practice prior to 1915. Like the Monadnock Block in the career of John Root this seven-storey structure was to be the unique triumph of Polk´s career.
Natural light, budget limitations and a desire to facilitate erection, were all the influence Polk´s decision to produce an all-glass façade and this he was to achieve by exploiting the cantilevering capacity of reinforced concrete to its fullest. A regular grid of mullions held the glass membrane in place with three vertical subdivisions per floor; the top pane of each storey pivoting outwards for the purposes of ventilation. This transparent wall was suspended three feet three inches in front of the support line, which was comprised of a two-foot six-inch diameter hexagonal reinforced columns at twenty-foot centres. The weight of the glass skin alone was carried on a three-inch projecting concrete still, cantilevered out from the upstand beam. These sills simultaneously served as horizontal “firebreaks” between one floor and the next. The upstand spandrel projected one foot six inches above the floor level, while the hollow-ribbed concrete slab itself was one foot six inches deep. Appropiately enough, this building, erected by the University of California, was named after a distinguished regent, A.S. Hallidie, who had been the inventor of the San Francisco cable car. Polk´s amibition after 1983 to realize a refined and spirited architecture was certainly achieved in this unique crystalline façade whose pure “functionalism” was mediated only by crenellated blue and gold, cast-iron cornices at the mezzanine and roof levels.
Kenneth Frampton. GA DOCUMENT Special Issue 2 – Modern Architecture 1851-1919 (Agosto 1981) 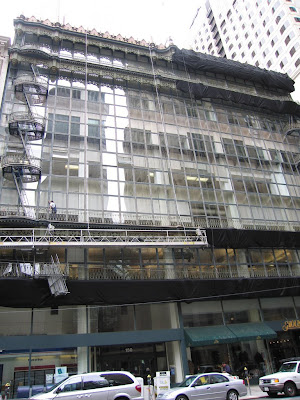 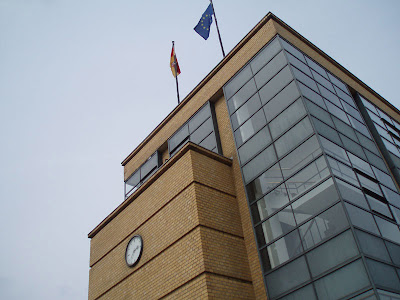 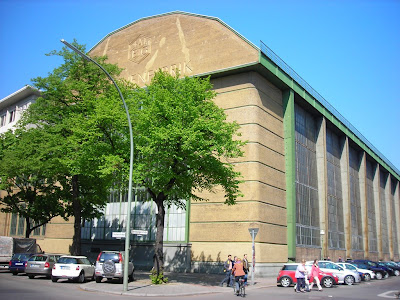 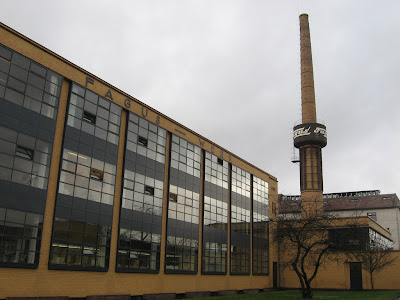 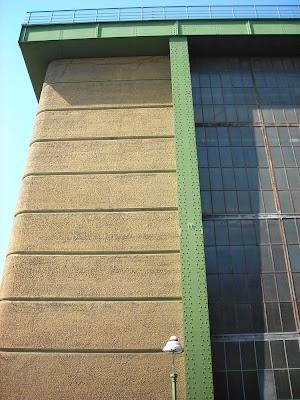 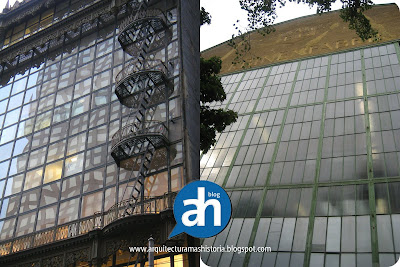