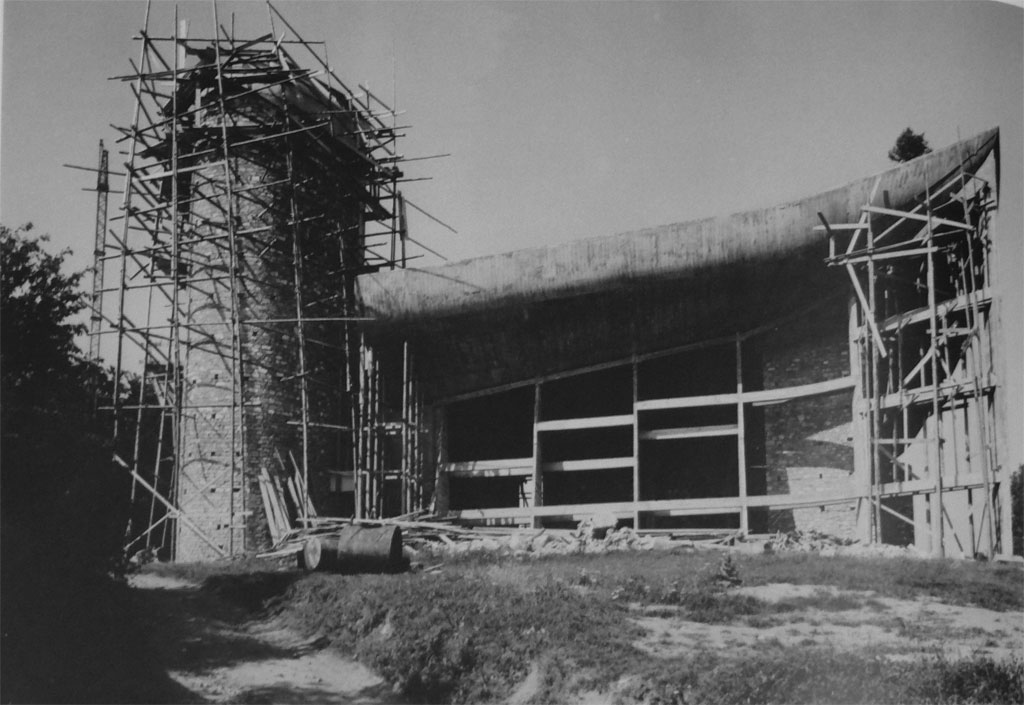 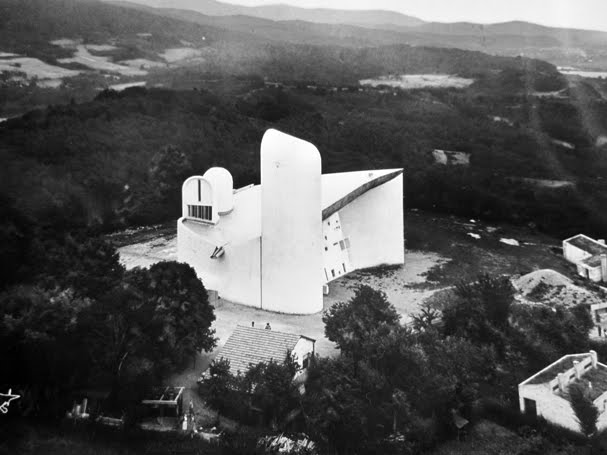 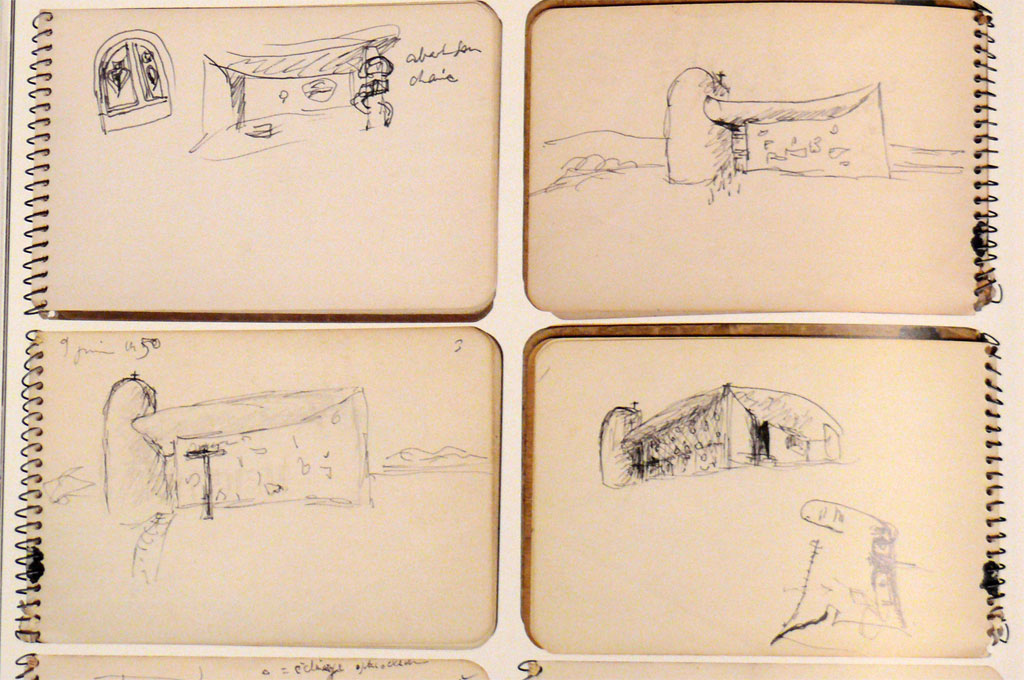 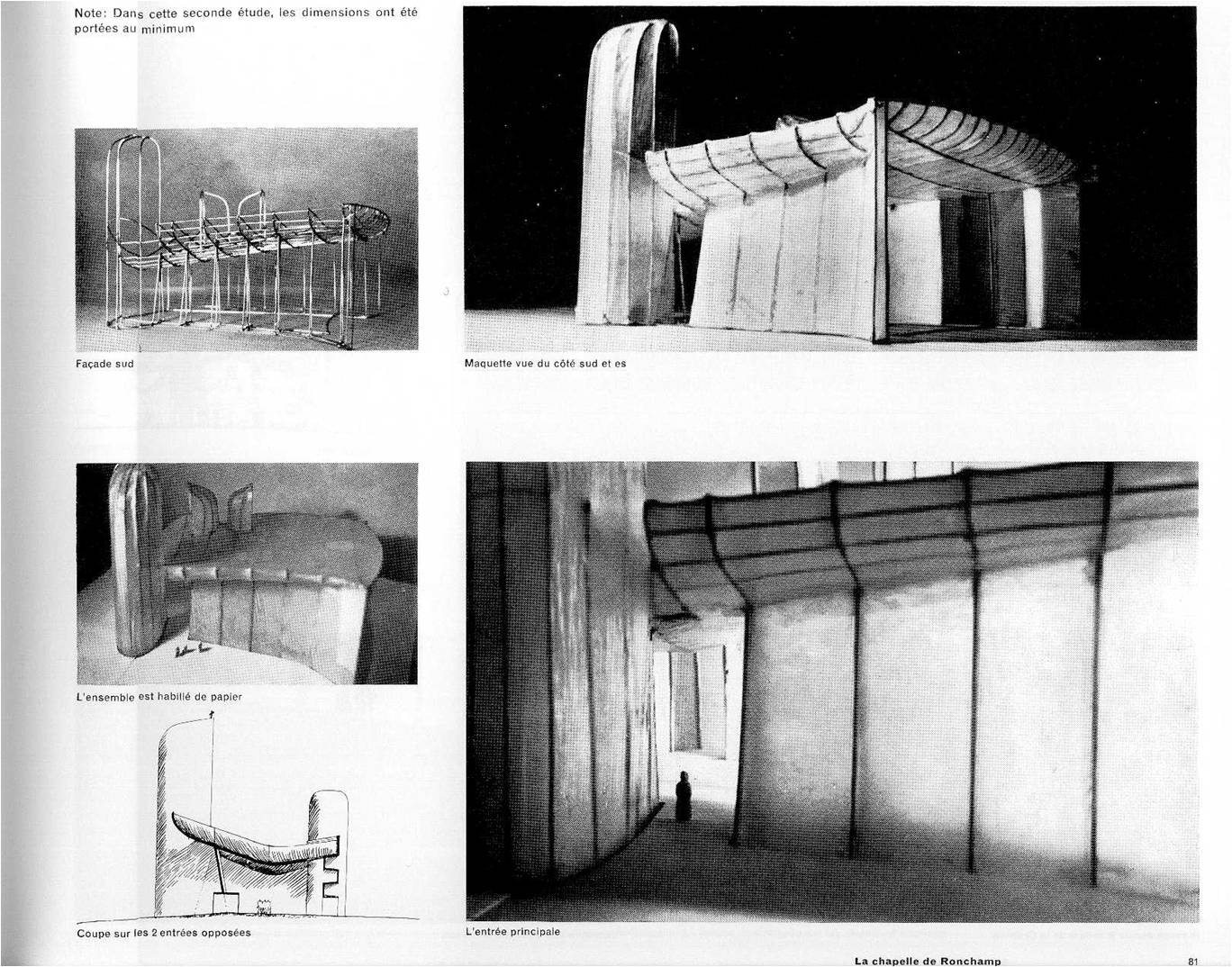 “…If all that is built is built from notations, and if the drawings (or models) must contain all of the necessary data for an object to be built identically to its design, it follows that in most cases what can be built is determinate by what can be drawn and measured in drawings. And as the notational system that encodes and carries data in architectural design is mainly geometric, it also follows that the potency of some geometrical tools determines the universe of forms that may or may not be built at any given point in time (with some nuances based on costs and on the complexity of the geometrical operations).
This notational bottleneck was the inevitable companion of all allographic architecture from its very start. Forms that are difficult to draw and measure used to be difficult or impossible to build by notation. Robin Evans has shown how some well-know architects tried to dodge the issue. Parts of Le Corbusier´s church at Ronchamp, for example, were meant to look like plastic, sculptural, and irregular volumes–hand-shaped, like the sketches and three-dimensional models from which they were derived. Behind the scenes, though, Le Corbusier´s engineers had to cook the books so that the most sculpturalparts of the building could be duly drawn and measured in orthogonal projections. The roof in particular was redesigned as a regular, albeit sophisticated, ruled surface. This high-tech geometrical construction was accurately and laboriously devised to approximate Le Corbusier´s supposedly instinctive, unscript gesture as closely as possible. Evans also suggests that Le Corbusier was aware of and complicit in this ploted. (63)
In the most extreme cases, when a form is too difficult to notate geometrically, the last resort of the designer may well be to abandon the modern design process altogether, and return to the traditional, pre-Albertian, autographic way of building. If you can´t draw what you have in mind in order to have others make it for you, you can still try to make it yourself. For example, this is what Antonio Gaudí did, most famously in the church of the Sagrada Familia, not coincidentally reviving, together with architectural forms evocative of a Gothic cathedral, some of the technologies and the social organization of a late medieval building site. Gaudi built some parts of the Sagrada Familia much as Brunelleschi had built his dome in Florence: without construction drawings, but supervising all and everything in person, as an artisan/author who explains viva voce or shapes with his hands what he has in mind. It is not by chance that Gaudí is a famous case of study among contemporary digital designers: once again, new digital tools and preallographic, artisanal fabrication processes find themselves, sometimes unintentionally, on similar grounds…”
63- Robin Evans- The Projective Cast: Architecture and Its Three Geometries. Cambridge, 1995, MIT Press
Extracto seleccionado por el arq. Martín Lisnovsky del libro:
Mario Carpo. The Alphabet and the Algorithm, MIT 2011