A Manifesto For Protocell Architecture: Against Biological Formalism

• 1487 Views • No hay comentarios en A Manifesto For Protocell Architecture: Against Biological Formalism 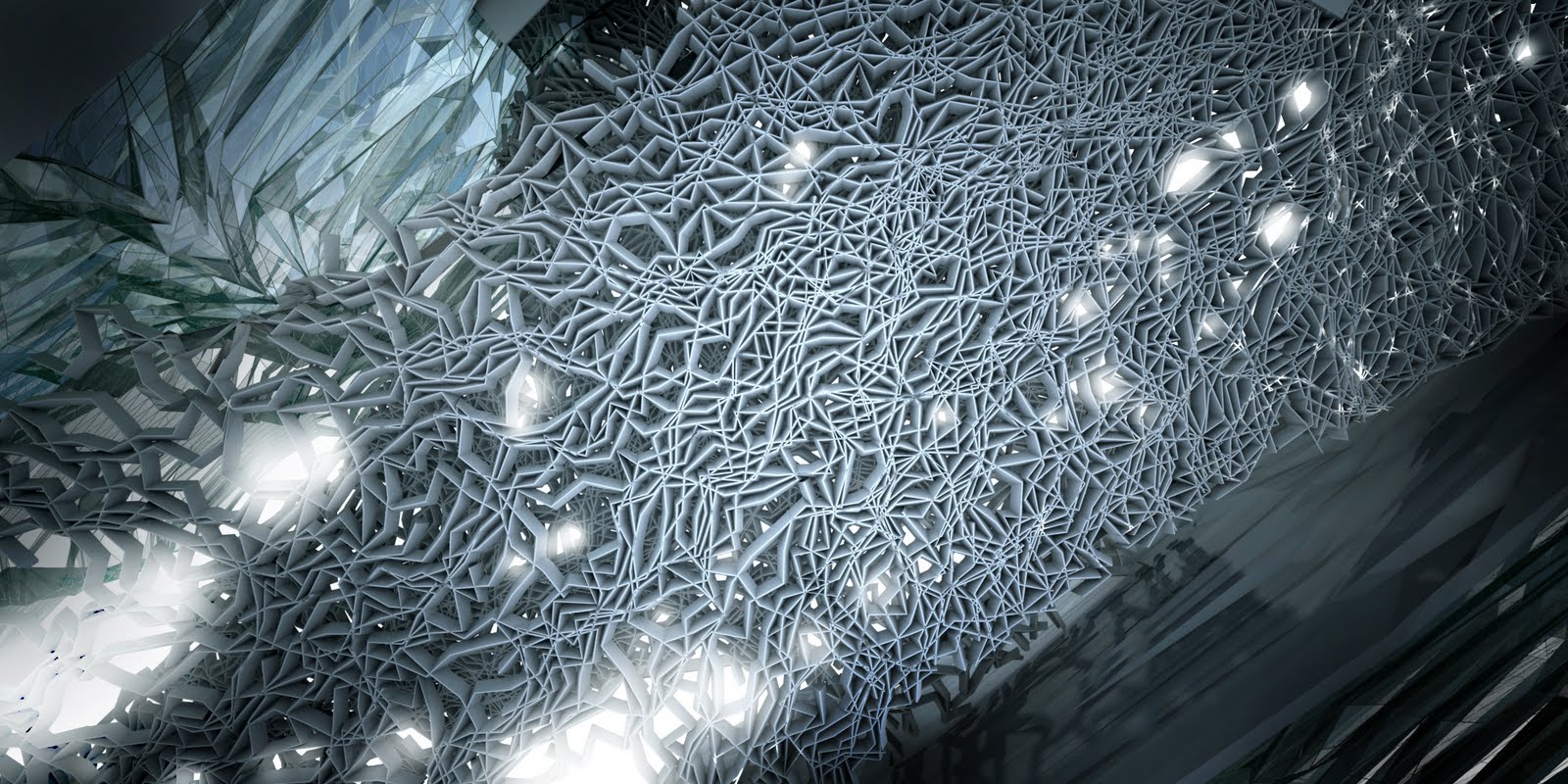 1- We want to change the world with almost nothing.
• It is possible to generate complex materials and architectures through harnessing the
fundamental energetics of matter; in other words, doing more with less.
2- What we call protocell architecture is, at root, a piece of Dadaist and Surrealist research, in
which all the lofty questions have become involved.
• The novel self?assembling material systems that arise from protocell architectural practice make
no reference to, nor attempt to mimic, bio?logic. As such, protocell architecture is an alien to the
natural world, yet speaks the same fundamental languages of chemistry and physics. The results of
these conversations and interactions constitute a parallel biology and second biogenesis whose
aesthetics are described by Surrealist agendas.
3- Architecture is dead, long live architecture.
• Protocells constitute a disruptive technology for architectural practice since they are capable of
reaching a transition point when evolution emerges within the system, the outcome of which is
unpredictable, and therefore offer novel and surprising ways of constructing architecture that will
succeed and replace conventional technologies.
4- Protocell architecture swallows contrast and all contradictions including the grotesquery and
illogicality of life.
• Protocell technology is at the beginning of an evolutionary pathway that is connected to, and
dependent on, the environmental conditions around it. The responsiveness of protocells to stimuli
means they can be regarded as computing units. Consequently, protocells do not seek to generate
idealised architectural forms but to reflect and interpret the full spectrum of the processes they
encounter in the real world.
5- What is generally termed life is really a frothy nothing that merely connects.
• Protocell technology offers an opportunity for architects to engage with the evolutionary
process itself. Unlike natural biological systems that evolve randomly according to Darwinian
evolution, protocell technology allows deliberate and specifi c interventions throughout the entire
course of its coming into being. By moving and metabolising, protocells may form the basis for a
synthetic surface ecology. These interventions are the basis of what we call protocell architecture.
6- We do not wish to imitate nature, we do not wish to reproduce nature, we want to produce
architecture in the way a plant produces its fruit. We do not want to depict, we want to produce
directly, not indirectly, since there is no trace of abstraction. We call it protocell architecture.
• Protocell architecture embodies the principles of emergence, bottom?up construction
techniques and self?assembly. It is equipped with design ‘handles’ that enable the architect to
persuade rather than dominate the outcome of the system through physical communication. As
such, these systems are unknowable, surprising and anarchic.
7- We want to collage effective organic machinery that composes itself according to the drivers of
biological design.
• Protocell architecture is chemically programmable and operates in keeping with the organising
principles of physics and chemistry.
8- We want over and over again, movement and connection; we see peace only in dynamism.
• Protocell architecture gathers its energy from the tension that resides at an interface between
two media such as oil and water, which causes movement, disruption and change. It resists the
equilibrium since this constitutes death.
9- The head is round, so thoughts can revolve. The head of architecture is green, robust,
synthesized, and exists everywhere simultaneously, whether it is large or very, very small.
• Protocell architecture is fashioned from ‘low?tech biotech’ characterised by ubiquitous, durable
and affordable materials.
10- We wish to blur the firm boundaries that self?certain people delineate around all we can
achieve.
• Protocell technology becomes a co?author in the production of architecture through the
possession of living properties and its ability to self?assemble.
11- We tell you the tricks of today are the truths of tomorrow.
• Protocell architecture is better adapted to the prevailing physical and social conditions since it is
founded on a new set of technologies that are not ‘alive’ but which possess some of the properties
of living systems. As such these technologies are qualitatively different to the industrial and digital
technologies that have become the mainstream tools of the 20th century.
12- We will work with things that we do not want to design, things that already have systematic
existence.
• Protocell technology has the capacity to transform and modify existing building materials and
architecture with the potential for surprise.
13- You know as well as we do that architecture is nothing more than rhythms and connections.
• Protocell architecture embodies the complexity of materials in a literal rather than a
metaphorical manner, and becomes a physical part of our existence.
14- We will construct exquisite corpses, not dead but alive and useful.
• Protocell architecture is central to the understanding of living systems. It allows us to work with
and enhance the unavoidable inconsistency that is the essence of life itself.
15- We deal in a second aesthetic, one that initiates beginnings and moulds with natural forces.
• Protocell architecture is connected to the environment through constant conversation and
energy exchange with the natural world in a series of chemical interactions called ‘metabolism’.
This involves the conversion of one group of substances into another, either by absorbing or
releasing energy – doing more with less.